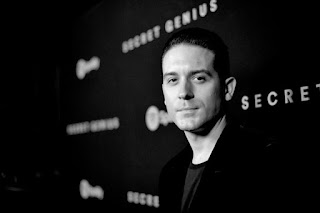 Rapper G-Eazy and his social team are some of the best social marketers in the industry. They have created a strong brand through his social media accounts. Collectively, across Facebook, Instagram, and Twitter he has roughly 7.6 million social followers. In the last 12 months, G-Eazy has grown his social following by roughly 3 million followers. If you look at his feeds, they are filled with premium behind the scenes moments captured by his content team. Although his social following has been increasing his engagement has somewhat stalled out, and he’s not alone.
Major social networks changed their algorithms behind their feeds last year which gives priority to personal friend’s posts over branded pages. Since social networks are built around the feed system, it makes it harder for artists content to be seen, even though they have millions of followers. Now the artist is forced to pay for boosted posts to reach fans they already have. In 2016 Kosta Elchev from Stashimi approached G-Eazy’s management team to discuss how the new platform they built could help in growing the artist’s career.


The service was Artist Messenger, and it focused on using Messaging and Voice platforms as the new untapped marketing channels. Collectively, messaging apps have over 2 billion monthly users, and the Voice market is exponentially growing due to the competitive landscape between Google, Amazon, and Apple. The idea of Artist Messenger was to see if the tool could help increase G-Eazy’s social engagement by taking his existing fans from Facebook, Instagram, and Twitter and converting them into Messenger subscribers. By turning his fans into subscribers in Messenger, he was able to send direct push-notifications around his important announcements, which allowed him to bypass the tricky social feed algorithms. Since the launch of his Messenger chatbot, G-Eazy’s social engagement has increased from 5.38% to upwards of 30% and has been able to grow his following by millions.


Artists are discovering Artist Messenger is the best tool for them to create a direct line to their fans. Today the only way for you to get in front of your fans is through the social feeds, which are passive and at the end of the day controlled by the networks algorithms. Artist Messenger through Facebook Messenger chatbots gives the artists a way to bypass the social feeds and engage with their fans directly. The platform is built around automatically updating fans by knowing when there’s new social posts, news articles, YouTube uploads, or music releases. The biggest advantage to artists is they have direct access to their fans with push-notifications making it easier for them to get their content seen.
Over the past year, Artist Messenger has been working with some of the biggest major and indie artists to test and perfect the service before they officially launched. As of two weeks ago, any musician can now sign up for the service and start connecting with their fans on Messenger.
Head over to www.ArtistMessenger.com for more info. 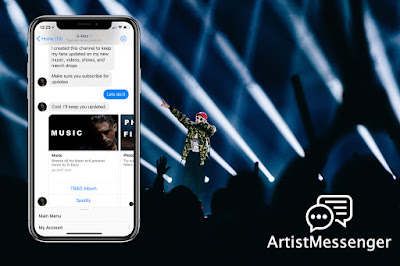 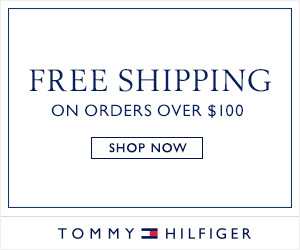