THIS IS AN EXKLUSIVE MIXTAPE DONE BY DJ BME AND PARTNER/SPONSER VIRDIKO GLOBAL MUSIC PROMOTION PLATFORM..THEY TEAMED UP TO GIVE YOU SOME HEAT THAT YOU MAY HAVE NOT HEARD OR MAY HEARD OF ARTISTS..IF NOT HERE SOMETHING NEW FOR YA EITHER WAY..STAY TUNED FOR VOL.2 OF THIS PROJECT..#SALUTE #NERVEDJS #VIRDIKO #MYMIXTAPEZ #DJBME AND ALL THE ARTISTS ON THIS PROJECT! 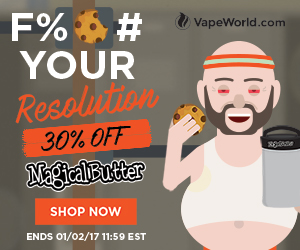 Take a look at the video short film on Max B before his sentence..keep the wave alive til Max B touch down push play, share, and support!

DJ BME MUSIC MIX SHOW- ANOTHER MIX FOR YA

ANOTHER DJ BME MUSIK MIX SHOW..TIME TO GET RELAXED IN YOUR MODE AND TURN THE MUSIC UP!! DJ BME GOT YOU WITH OLD NEW AND THROWBACK MUSIC FROM INDIE 2 MAJOR..YOU JUST WILL HAVE TO TUNE IN OR CALL IN TO ENJOY THE SHOW..#LETSGO SUPPORT THE MOVEMENT AND WATCH DJ BME SUPPORT BACK!! #ITSBME TAKE A LOOK AT WEBSITE HERE: http://www.businessmindedent.com http://businessmindedent.dollardays.com
By Business Minded Ent - December 21, 2016 No comments:

Robby the Elf - The Holiday Craze 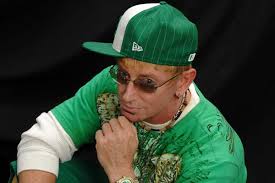 The Holidays are a time for giving; and nobody knows that better than Robby The Elf. Years serving as Santa’s go-to man and chimney cohort, North Pole’s head helper set aside sleigh maintenance and reindeer games when the Claus organization heard his demos. Blown away, Kris Kringle ordered he step down as gift wrapper to become a real rapper, leading to the creation of a new musical genre dubbed Christmas Crunk. But being the world’s first elf MC hasn’t come without its challenges. And in the constant face of humbugs and grinches, Robby has learned an important lesson: that the best gifts to give during the Holidays are ones of hope and love. He learned that back in 2005 when he officially became Robby The Elf. He explains, “I had become homeless again that December. I knew I was going to be lonely and depres holidays. But other people go through that too, I thought. So what can I do based on my talents that can help them? I decided on Robby The Elf because elves help during the holidays. No one knows much about elves. Santa gets a lot of credit but it takes teamwork. With the current state of music today, and all the hate, I wanted to give a little good.”
That’s why positivity is the secret weapon in Robby The Elf’s musical arsenal. Without it he wouldn’t have been able to prevail over homelessness and survive cancer – and so he’s spreading the word of its unlimited healing power with holiday originals like “Magic From Elves,” (his first song ever recorded that landed at #1 on the Soundclick.com charts) and the rest of his 2008 debut album The King of Christmas Crunk. His 2011 record The Meaning of Christmas had seven songs that also spoke of good vibes, while raising awareness about the importance of elves. Since then he’s released a pair of singles for those who hate the holidays and those who are just haters – “Kris Kringle” and “Don’t Be No Scrooge.” “I realize that the holidays are not always jolly and jingle bells,” he says. “It brings sadness as well. I merely desire to help those less fortunate. That’s what Christ did and Saint Nicholas also. I d Robby The Elf lives in Upstate South Carolina where he continually records new material. He can be spotted year-round on television talk shows, at church and charity events, or performing at local music venues.
www.RobbyTheElf.com
facebook.com/RobbyTheElf
Www.twitter.com/robbytheelf
youtube.com/RobbyTheElf
soundcloud.com/RobbyTheElf

Email ThisBlogThis!Share to TwitterShare to FacebookShare to Pinterest
Labels: Robby The Elf 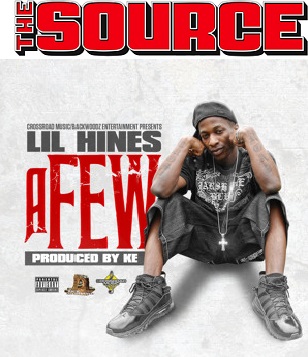 Rising Georgia based hip hop recording artist Lil' Hines' new single "A Few" featuring Nino Brown and produced by K.E. on the Track was recently spotlighted in The Source Magazine Online!  Read all about it here at this direct link
http://thesource.com/2016/11/16/southeast-georgia-hip-hop-artist-lil-hines-is-back-with-a-catchy-new-track-titled-a-few-remix/

Email ThisBlogThis!Share to TwitterShare to FacebookShare to Pinterest
Labels: A Few, K.E. on The Track, Lil' Hines, Nino Brown, Remix, The Source Magazine

Our Independent Travel Agents have access to unparalleled training opportunities designed to maximize knowledge, skill, PROFITS, and membership benefits. Some people learn by reading, others by listening. And for those who learn by doing, GTI’s FAM trips might just be perfect for you! Our GTI Training FAMs are a unique way to increase your knowledge while traveling to exciting destinations all across the globe!

Steep discounts on hotels at HotelPower

THIS IS A GOSPEL MIXTAPE DJ BME WANTED TO DO TO GET MORE GOSPEL ARTISTS PROMOTED AND THEIR MESSAGE REACHED..TUNE IN AND SUPPORT THIS GOSPEL MIXTAPE AND SHARE IT AROUND WILL BE ON www.businessmindedent.com ANY GOSPEL ARTIST THAT WANT THEIR MUSIC REVIEWED SEND TO DJBME252@GMAIL.COM

Look at some of the uniquely designed medallions and pendants provided by ReImage 3D Modelers here at this direct link.  You can also buy them for loved ones and family for the Holidays and Festive Season.  Take a look.


Here are just some of the many designs they have available. 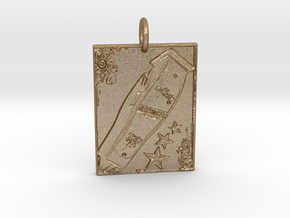 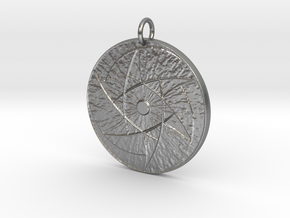 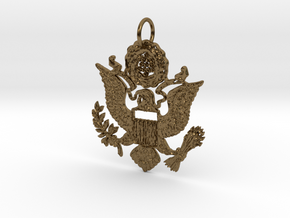 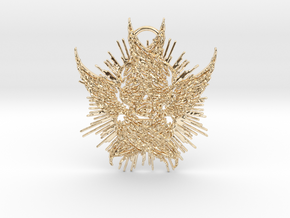 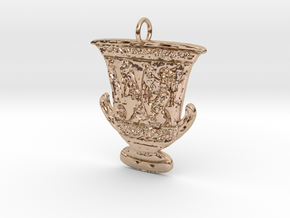 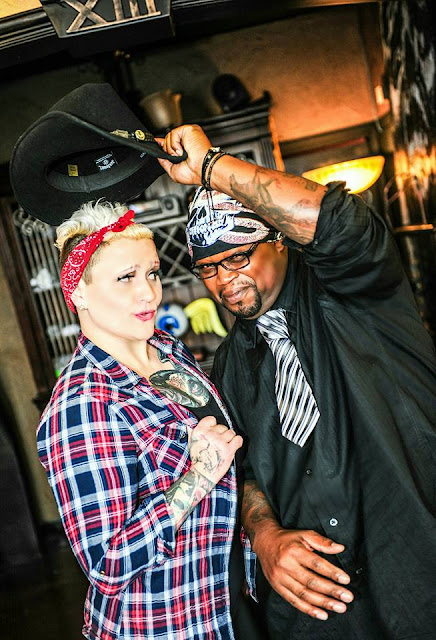 Real, Crazy and Honest.These 2 radio hosts are going to make you go huh?! What?! No she didn't!Anything and everything goes! Controversial sells on the airwaves and mix in some witty wordplay and you have the recipe for success.The CBS Cat and Dulaa show out of Memphis, TN. is remarkably unique. The chemistry between the 2 hosts is unmatched. The show is full of humor, sarcasm. Their show is unscripted so you never know what you will get when you tune in!  Only 2 topics are off limits and that is Religion and Politics.Cat joined CBS KWAM 990 on October 1st, 2016 and has already made a huge impact. Dulaa has been with the company for quite a long time. He was Cat and her former co-host's board operator and they have now worked as co hosts for a month building their brand.Cat was always a comedian and entertainer at heart entertaining friends and family since childhood. Born on December 11, 1978 in Memphis, TN. Cat is the wife of celebrity Tattoo Artist Jeff "flea" Watts. They have together 5 children.

Cat wowed audiences with her Crazy Bizarre News and sometimes vulgar outbursts. Cat poked fun at celebrities as well as herself. This chick is a blunt blonde with no filter. She is real, honest and does not beat around the bush. People love her combination of sweet and sour if you will. Cat has the thick skin it takes to make it in talk radio.Aside from being co host of the show "Dulaa" is a musician who has always had a country blues swag rooted in his music. He has infused his love for country music into his song writing and music production. He has produced and written songs for several artists as well as theme music for radio shows. A man who can obviously wear many hats he is excited to have crossed over into the world of talk radio and is challenged by keeping the FCC off their back.http://www.catanddulaashow.com/

DJ BME RIGHT BACK AT IT AGAIN WITH VOL.2 OF HUSTLIN MUSIK ON SPOTIFY FOLLOW AND STAY UPDATED..#SALUTE #ITSBME
By Business Minded Ent - December 02, 2016 No comments:

SYMPHONIC DISTRIBUTION DECIDED TO DO A UNDERGROUND HIP HOP PLAYLIST..TUNE IN TO NEW ARTISTS AND MUSIC ON THIS PLAYLIST..#SALUTE
By Business Minded Ent - December 02, 2016 No comments:

THIS SOME OF MR5TORM BEATZ..TUNE IN AND SORT THRU AND SUPPORT BY SHARING WHAT YOU LIKE TO SOCIAL MEDIA TURN FRIENDS AND FAMILY ON THAT LIKE INSTRUMENTAL BEATS FROM DIFFERENT GENRES..NEED BEATS REACH OUT TO JERROD BELCHER BME252@GMAIL.COM
By Business Minded Ent - December 02, 2016 No comments:

FROM INDIE 2 MAJOR JERROD BELCHER GOT YOU ON THAT TIP..PUSH THE PLAY BUTTON AND LET IT RUN THRU TIL LAST SONG..SHARE ON SOCIAL MEDIA ALSO FOLLOW THE PLAYLIST..#SALUTE TO ALL THAT SUPPORT THE MOVEMENT..#ITSBME
By Business Minded Ent - December 02, 2016 No comments:

THIS PLAYLIST IS MUSIC FROM THE BME ROSTER YOU WANT TO HEAR THE BUSINESS MINDED ENTERTAINMENT LLC VIBE..? WELL HERE YOU GO PUSH PLAY, ENJOY, AND SHARE.. #ITSBME
By Business Minded Ent - December 02, 2016 No comments:

SOMETHING FOR ALL YOU WU-TANG LOVERS OUT THERE MORE ON THE WAY..#STAYTUNED #DJBME #ITSBMELLC
By Business Minded Ent - December 02, 2016 No comments:

DON THE VIGILANTE EP ON SPOTIFY

PUSH PLAY ON THIS EP BY DON THE VIGILANTE NAMED SOUTHERN RELIGION..SOMETHING FOR ALL THE CHRISTIANS AND THE YOUTH #GOSPELRAP TUNE IN AND SUPPORT INDIE!
By Business Minded Ent - December 02, 2016 No comments:


This Raw Rap from Business Minded Entertainment, LLC President/Artist/Battle Rapper..He went in on these tracks take a listen and support by sharing on your social media..if you want to work hit Ceo of BME,LLC Jerrod Belcher bme252@gmail.com
By Business Minded Ent - December 02, 2016 No comments: 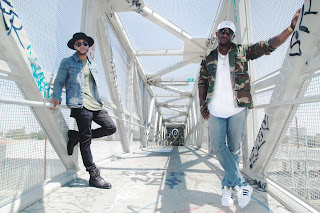 Meant2B, comprised of Tre' McCoy and Dele Olasiji, has been dubbed one of the hottest R&B sensations coming out of the Midwest. Recently, Meant2B signed a distribution deal with EMPIRE, an American distribution company and record label based in California. Some notable singles recently distributed by EMPIRE include “Broccoli” by D.R.A.M and “All the Way Up,” by Fat Joe, leaving Meant2B in stellar company.

Understanding the bar is high following their widely successful party anthem, "No Ring" produced by Chris Cutta, Meant2B continues to innovate and diversify their sound.
Set to begin work on their next EP, Meant2B has teamed up with Kannon Entertainment’s seasoned Producer, Caviar.  “Cavie”, who has worked with artist such as T.I.,   E-40, and Cee-lo Green, is sure to push the envelope on this EP and further fuel Meant2B’s upward trajectory in the industry.
With a new track titled "Prayers" produced by The Secret Specialitst Caviar, A-Tripp and Payback, Meant2B takes a stand on social awareness and the feeling of hopelessness that many people are feeling today.
Meant2B "Prayers" Vevo Link:
https://www.youtube.com/watch? v=SPFxUXxsdac

Tune in to all of DJ BME mixtapes on mymixtapez platform and start downloading/sharing: DJ BME MIXTAPES https://barcodestalk.grsm.io/jerro... 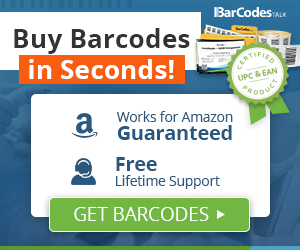